First of all, I would like to know what role you have in Brazilian Jiu Jitsu Vai Santana?

“At my classes I am a brazilian-jiu jitsu and MMA instructor, a fan and a competitor with a great dream to pass all my experience on to my students. To help them grow and achieve all goals that they dream for themselves. Lately I also became a co-author to a small project RollingSparring.com, that I run together with its founder, my spouse Monika Rozkydálková. It is our great new hobby with an ambition to become a sport magazine. It allows our minds to get a different kind of stimulation. To cultivate a lasting lifestyle, time to time variety and versatitity are crucial.”

How did Brazilian Jiu Jitsu Vai Santana come about?

“I teach Brazilian Jiu Jitsu at the kickboxing academy Mejiro gym in Amsterdam since 2011. My teaching history goes back to 2008, when I begun to teach in Brazilian city Curitiba. From there I moved to Spain (Madrid) in 2011, when I was invited there to teach at an academy of my friend. For lack of working opportunities in Spain, on later of the same year I moved to Amsterdam.”

How many members does Brazilian Jiu Jitsu Vai Santana have?

“At this moment I teach about 15 students who train three evenings in a week. In 2017 I had to spent a lot of time abroad – before that, we used to have many more students.”

What is Brazilian jiu-jitsu?

“Brazilian jiu jitsu is a form of martial art originated from original japaneese jiu-jitsu. Techniques used are typically armlocks, leglocks, chokes, take-downs and controls. Most of the action is happening in the most effective position – on the floor. Brazilian jiu-jitsu is perfect martial art for a self defense, you can use it to compete MMA, and you can also participate in tournaments. You can just enjoy the training and getting better. You can become dreamy fit and strong. There is more to brazilian jiu-jitsu than just body, it demands thinking. You can read more about its interesting history on our website www.rollingsparring.com, where we wrote it’s detailed story.”

Do you only have members with a Brazilian background?

“Certainly not! Majority of my students are from Netherlands and around the world. Time to time however I happen to host a Brazilian fighter at my home, since Elya Massij with my brother Pilao Santana together work at international collaboration with athletes from exactly Brazil – their company Advanced Athletics MMA puts its effort into arranging their participation on PRO events overseas.

It is always a nice experience. During their stay here, they train very hard, they get to train at the best Dutch gyms, and also at the famous Amsterdam’s academy Mejiro, where they get to train the famous Mejiro style to get well prepared for their coming bouts. Their training opportunities and conditions in Brazil are very limited, and given a chance to arm in the Netherlands they oftenly build up alot. Also Europe is unlike anything they have ever seen before. Being able to see the world we live in to them is very exciting.”

What are the core values of the association?

“I personally value Brazilian Jiu-Jitsu for it´s real life utility. You know, while other martial arts can hardly be used as a self defense in an actual conflict (you can end up hurting someone or yourself, or worse, get legal charges, for in many countries martial art is considered a weapon) jiu-jitsu comes handy wheather you are big or small. Once there is no longer escape from a conflict, jiu-jitsu gives you a best chance to counter potential agressor, eventually a weapon, way smarter and safer for both parts than a kick or punch. The characteristic features of the style are locks and chokes, which put opponent into a difficult position, where by atempt to escape he would cause himself an injury or a loss of conscience – by his own mistake.

Around the world, Brazilian jiu-jitsu is nowadays admired as a most effective, risk-of-charge free self defense methodic against even larger argessors or even weapons. We do value all well intended reasons that bring people to our training.”

Are other activities organized?

“At any occasions, we do hold seminars by professional athletes stopping by at the Mejiro gym. We hosted many seminars by a world champions, international champions and good MMA fighters, ex fighters from UFC. A few months ago we held a seminar with an ex UFC fighter Lula, and by a very good brazilian fighter Joao Paulo Rodriguez. I also constantly prepare myself and all my students who are interested to compete for their tournaments and matches.”

“At Mejiro gym we do not to teach for free. I volunteer sometimes to clean the nature. If I should get asked to give a voluntary class for a good purpouse, I´d be open to come to do it.”

Where do the martial arts activities take place?

“It is at Andre Mannaart’s legendary Mejiro gym in Amsterdam founded in 1978 by Jan Plas and considered a birthplace of a dutch kickboxing.”

What has been the highlight of the Brazilian Jiu Jitsu Vai Santana so far?

“Many of my students have thrived at competitions, myself I also compete. I train hard and push my students to do as well. My students are very persistent, and some of them do very well at tournaments. Myself I have competed many Brazilian jiu-jitsu tournaments, kickboxing and MMA matches both around Europe and Brazil. To my shame I do not collect a particular record of our and our student´s past achievements, but from now on our future successes will be nicely collected in a special section of the new magazine Rolling Sparring, dedicated to our circle of athletes.”

What are you most looking forward to when the corona crisis is over?

“I am looking forward to seeing my students back at my trainings. I love to teach brazilian jiu-jitsu, I love to see my students grow, compete and learn. This makes me happy. I hope for everyone to be doing well, stay safe and stay heathy. I hope that after this crisis everyone will still be able to fit in their gi.” 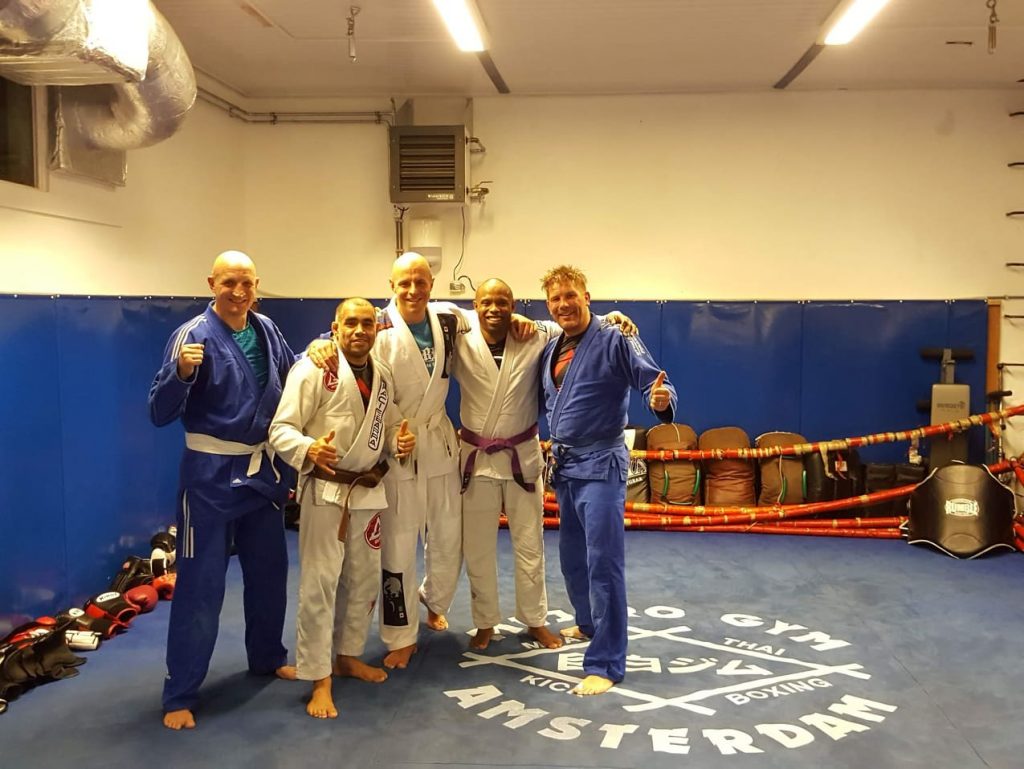 Do you have anything to add?

“I would like to regard many thanks to Rik Verkaik and Vrije Tijd Amsterdam for inviting us to this interview, and heartily invite all boys and girls to join our training.” 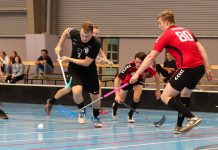 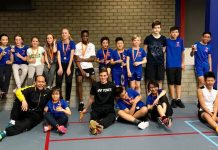 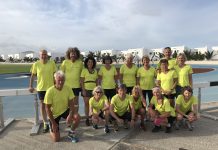