On the 6th and 7th of Februari Dansmakers Amsterdam and ICK presents work of choreographic talent at the Dutch premiere Neptune from Lois Alexander and Tipping Point from Aleksandra Lemm. We interviewed Aleksandra Lemm.

You graduated at the School for New Dance Development in Amsterdam in 2015. Why did you choose this study?

SNDO seemed inspiring, fresh, challenging studies and as nothing like I have heard of before in terms of artistic/dance education. I was attracted to the program that offered being in international environment, meeting passionate and acknowledged teachers/artists//thinkers and explorers in whose presence students feel free to question their knowledge, experience and their habits in movement and in ways of thinking. Choosing to study at SNDO was like saying ‘yes’ to being in mind&body rollercoaster. 

Can you tell us something about what the study program of SNDO entails?

Four-year program provides students with variety of classes and workshops.
Movement and dance classes like movement research, ballet, yoga, African and contemporary dance – to mention just few – are design to reconnect you to your body and make you aware of your unique ways of moving. At the same time, they expand your movement language and often become material for a performance.
Next to that student is offered classes in philosophy, dance history, gender studies, workshops with guest teachers from abroad.
It is a very rich program which in my view supports artistic and personal growth of students and make them choose consciously what they want to share with their audience.

You were born in Poland, did you come to the Netherlands for your study?

Back in the days there was no higher education in choreography or performing arts in Poland, so I decided to try and study abroad. I came to the Netherlands specifically to study at SNDO.

How did you end up at ICK?

After my graduation in 2015 I was involved in a research project that was supported by both ICK and Veem House for Performance. I had a chance to meet there Jesse Vanhoeck the dramaturg and artistic assistant at ICK. Jesse has been always curious and supportive of my work and that led us to collaborate further together. Tipping Point is the second project that I work on under ICK wings.

Through a collaboration between ICK and Dansmakers, the Double Bill: Neptune (Lois Aleksander) & Tipping Point (Aleksandra Lemm) will perform on 6 and 7 February. Have you ever done a performance with Lois before?

It is a first time we will perform our pieces together with Lois. I’m looking forward to our artistic meeting and curating this event together.

What inspires you for your choreographies?

It can be anything, a meeting, a movie, a book, walk, meditation, silent retreat. I feel that inspiration comes more flowingly when your mind is silent.

You are a choreographer, performer and dancer. How do you combine these three points of interest?

I don’t separate these three, they are all part of me taken along the way from different experiences. To me it is like changing lenses or playing a role. Sometimes I am a dancer and sometimes I’m a dancing choreographer performing a dance. 😉

Can you explain the idea behind Tipping Point and tell us how this choreography came about?

I was at first inspired by current media narratives on climate crisis where the notion of tipping point appears regularily. I knew the definition of the tipping point but I wanted to experience it with my senses, tangibly and feel what it really does to a body. During the research I tried to translate the tipping point notion into physical movement using long ropes which the body would be attached to. I worked with shifting and offering my attention to the ropes and make them the main facilitators of the body and the whole performance.

Do you work together with others for the performance ‘Tipping Point’?

It is a solo performance but for much of the research part I have worked with dancer and performer Federica Pozza who helped me greatly in finding physical material for the performance. Other than that, a solo is never really a solo, there are always many, many incredible people involved in creating such work. I’m very grateful for their presence.

Will there be a tour of Tipping point after the performances on February 6 & 7? If yes, in which theatres?

After the premiere I will show the performance at Plein Theatre in April and at Meervaart Theater. For the last location we still have to specify the dates. 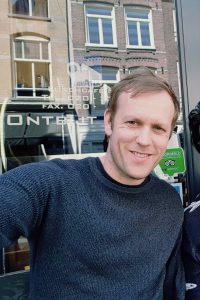 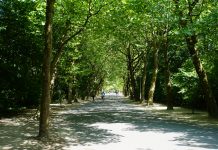 Things to do in Amsterdam – weekend

Vrijwilligersorganisaties starten ‘Count Me In for X-Mas’ actie